By Stephen Dando-Collins
Posted June 14, 2018
In
Heroes of Hamel: The Australians and Americans whose WWI victory changed modern warfare2018-06-142018-11-06https://stephendando-collins.com/wp-content/uploads/2018/06/logo2.pngStephen Dando-Collinshttps://stephendando-collins.com/wp-content/uploads/2018/06/logo2.png200px200px 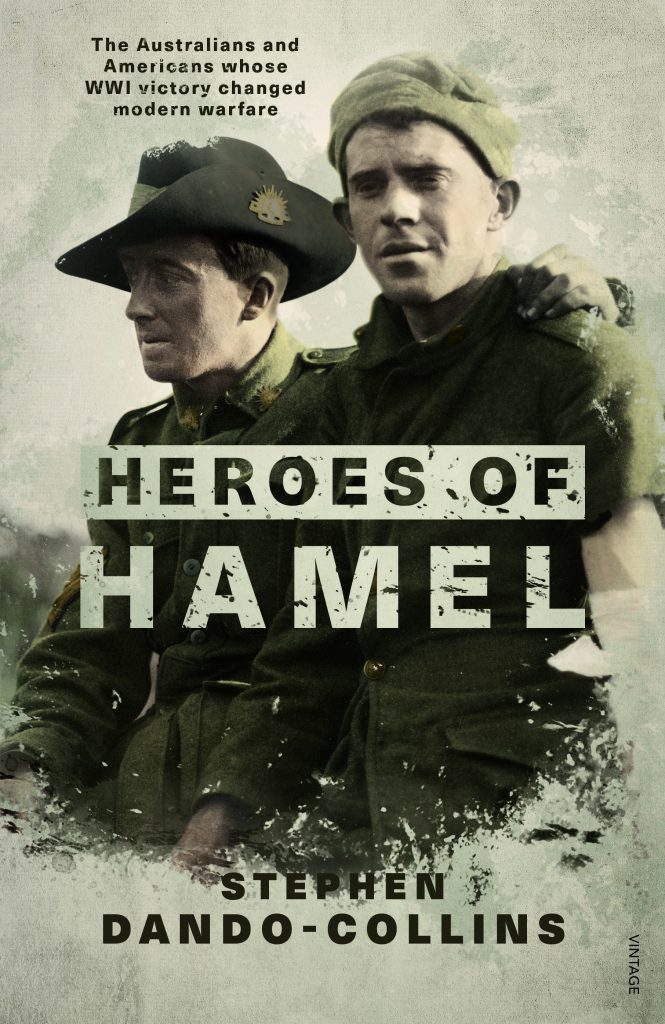 'A must read for all Australians.' PAUL FORDYCE, Cairns FM Radio

'An excellent retelling of the battle.' HERALD-SUN, Melbourne

'In this centenial year of World War I many books have been published recounting events and stories from this horrific four-year period of history. Stephen Dando-Collins' Heroes of Hamel is one of the best.' WARCRY, Australia

'A gritty and captivating read that takes those of us who have experienced conflict back to the war zone. Stephen Dando-Collins reveals the shocking truth of battle through soldiers' eyes.' MAJOR NICHOLAS CHANTLER, AM, Australian Army Intelligence Corps (ret'd)

'Impressive and welcome detail on the US contribution. Goes further than what is offered even by Charles Bean in the Official History and gives readers a greater understanding of US attitudes.' DR ANDREW RICHARDSON, HonestHistory

'Stephen Dando-Collins' writing has the novelist's knack of moving the story ahead cleanly and clearly.' ADVERTISER, Adelaide

'A gripping read that takes us into the lives and minds of characters at war.' THE TABLELANDER, Queensland

'Unlike some war histories, it is a clear, easily read and dramatic account of the battle and its aftermath.' DAILY TELEGRAPH, Sydney

Stephen Dando-Collins told the world about his war hero great-uncle Ned Searle in his bestselling 2011 WWI memoir Crack Hardy, the true story of the Searle brothers and their 1914-1918 battles on Gallipoli, in Flanders, and on the Somme. In this book, Stephen focuses on the July 4, 1918 Battle of Hamel on the Somme, a battle that turned the tide on the Western Front and changed the way war was fought.

In this acclaimed account, Stephen focuses on six men who fought at Hamel. In addition to his Great-Uncle Ned's decorated role in the battle, he tells us about two Australian Victoria Cross winners, 'Two-Gun' Harry Dalziel and Jack Axford, about Tom Pope from Chicago, Illinois, who won the first US Army Medal of Honor of the war at Hamel, about his stubborn commander Colonel Joe Sanborn of the 131st Infantry, and Lieutenant-General Sir John Monash, the brilliant Australian commander who conceived and implemented the Battle of Hamel.

Stephen also highlights, for the first time, how American commander-in-chief General 'Black Jack' Pershing was blindsided by his own generals to ensure that Americans went into battle with the Aussies.

ALSO AVAILABLE IN A LARGE PRINT EDITION AND AUDIOBOOK.