By Stephen Dando-Collins
Posted October 12, 2018
In Uncategorized
REMEMBERING MEETING THE FIRST MAN ON THE MOON2018-10-122018-10-12https://stephendando-collins.com/wp-content/uploads/2018/06/logo2.pngStephen Dando-Collinshttps://stephendando-collins.com/wp-content/uploads/2018/10/neil-armstrong-pic0003.jpg200px200px

The release of the new movie ‘First Man,’ the story of first man on the moon Neil Armstrong and the 1969 lunar landing, reminds me of when my wife Louise and I met and worked with Neil Armstrong, in Sydney in 1988. Back then we had our own business theatre production company, and Neil was the keynote speaker at a convention we were producing. That’s Neil on the right in the picture above, at the dinner following the convention, with Louise hanging into him and about to burst into a verse of ‘Fly me to the Moon,’ and me looking like I could do with a longer scarf. Neil was a complete gentleman to work with. “You’re the boss, Stephen,” he said, “Just tell me what you want me to do.” We had him step out of a psuedo space capsule to deliver his captivating speech. It has always struck me that here was one of the most famous men in history, yet he could walk down any street in the world unrecognised. He told us of the most scary moment of the lunar mission for him. Not the liftoff from the Earth, not the lunar landing, not the link up with the lunar orbiter, but: “When I went to press the button to fire the retro rockets to lift Buzz and me off the surface of the moon.” As Neil told us, if those rockets had failed, he and Buzz Aldren would have been struck there; there was no backup plan, no capacity to launch a rescue mission from Earth. From being the first men on the moon they would have become the first men to die on the moon. All at Sea With a LegendUncategorized 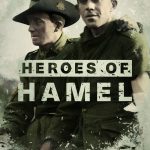